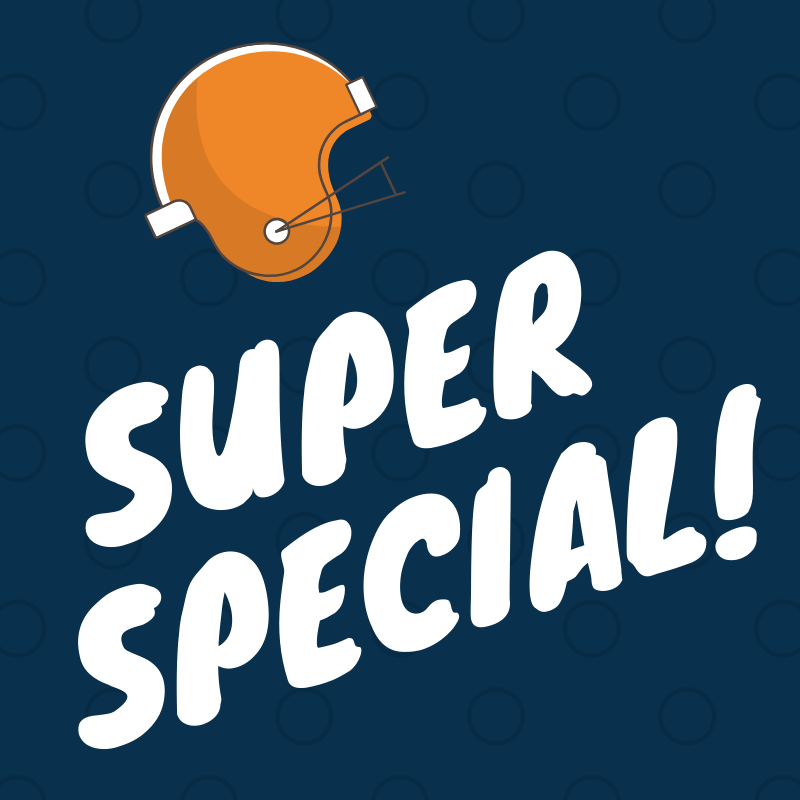 February 3.. A day of golf AND football.

Come play before The Super Bowl and receive a FREE small bucket or pull cart rental with purchase of a green fee! 🏈🏈🏈

If you wear football gear of your favorite team, you shall receive both the small bucket and the pull cart rental with purchase of a green fee!! See you Sunday!

Book a Tee Time Below! 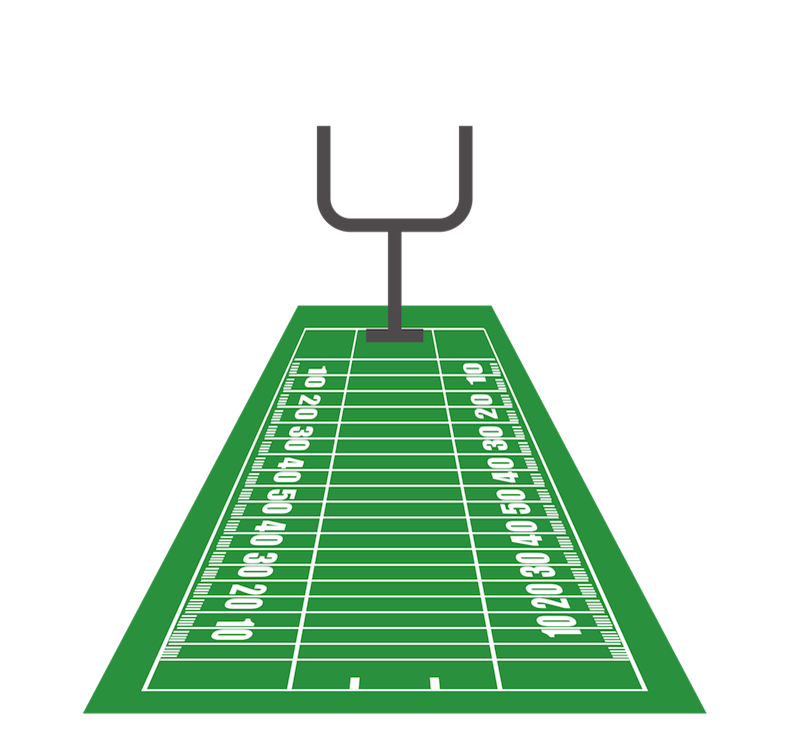 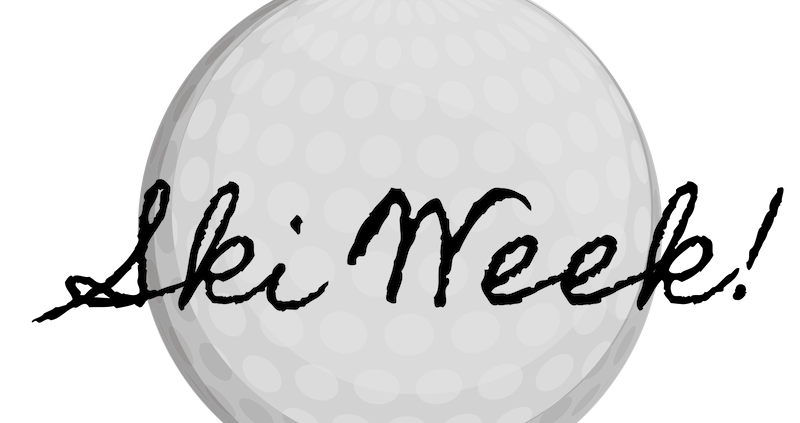 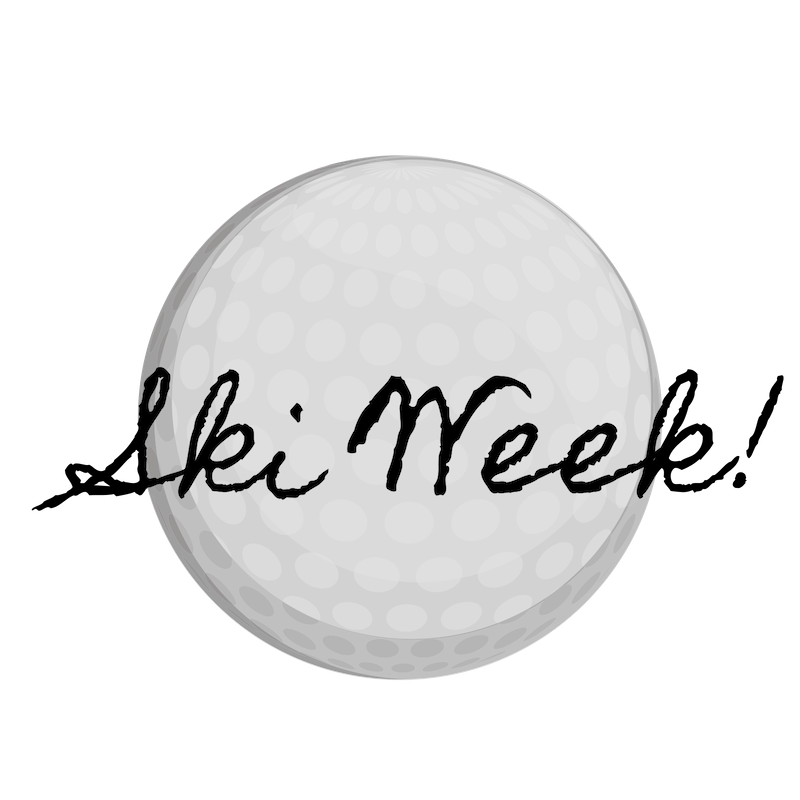 Camps will be held rain or shine!

Signing up two or more siblings? It’ll only be $170 per junior! Sign up online or call the Pro Shop with additional questions. 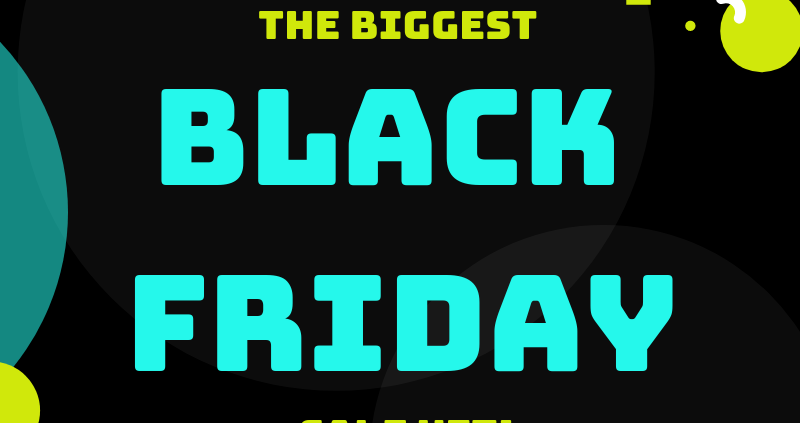 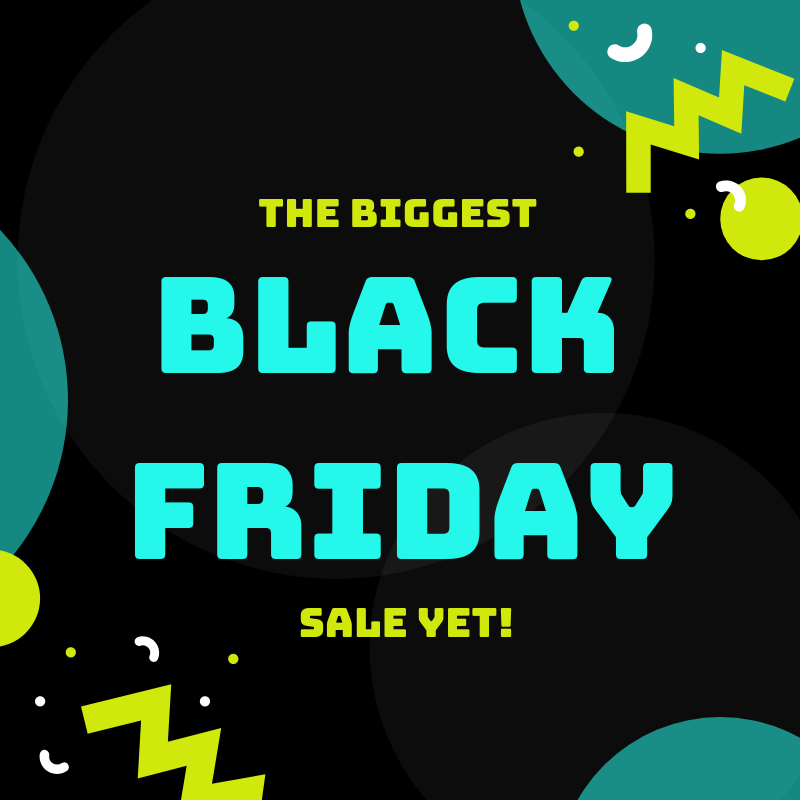 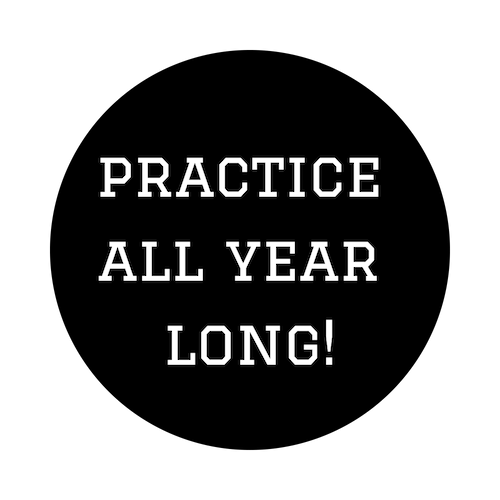 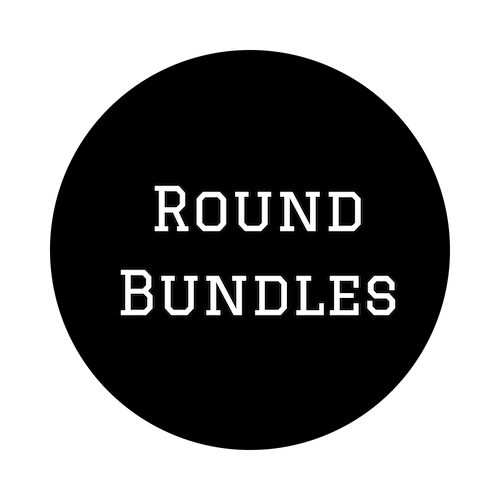 Weekdays only. Excludes weekend and holidays.

Selected clothing items in the Pro Shop are 50% off!

Check out some of our other Pro Shop deals below: 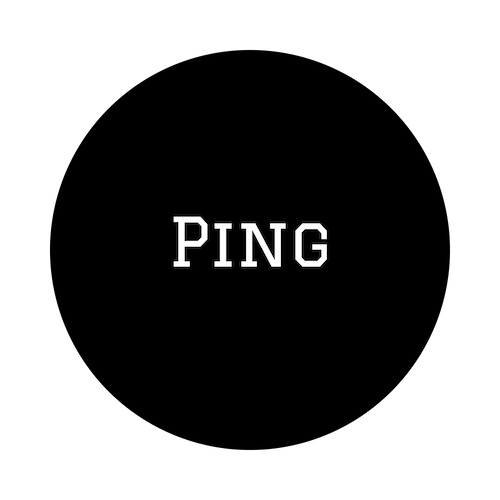 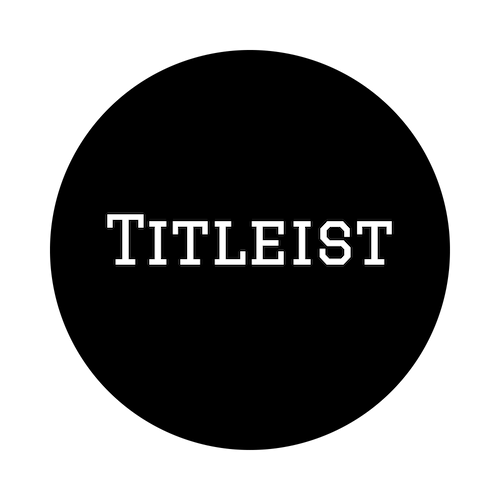 Limit 2 dozen per person. Sale is from Thursday 22nd though Sunday 25th. 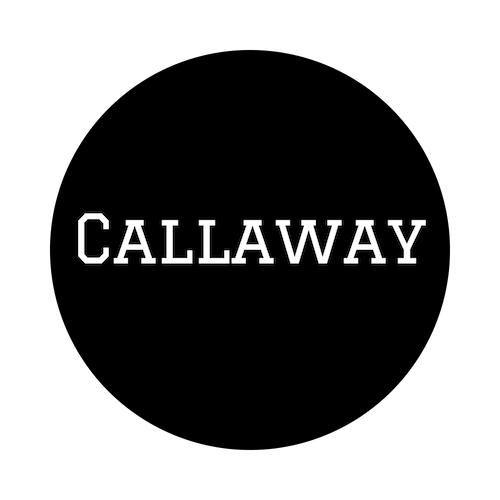 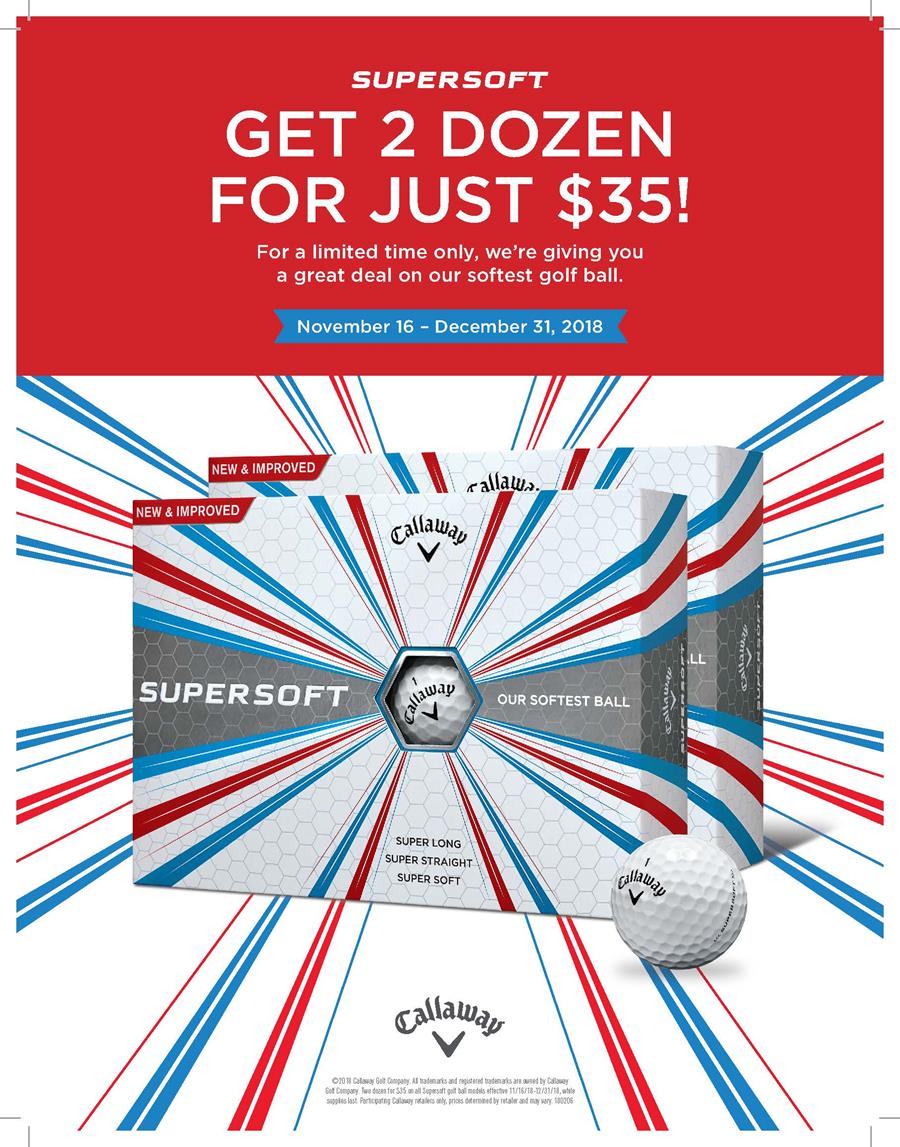 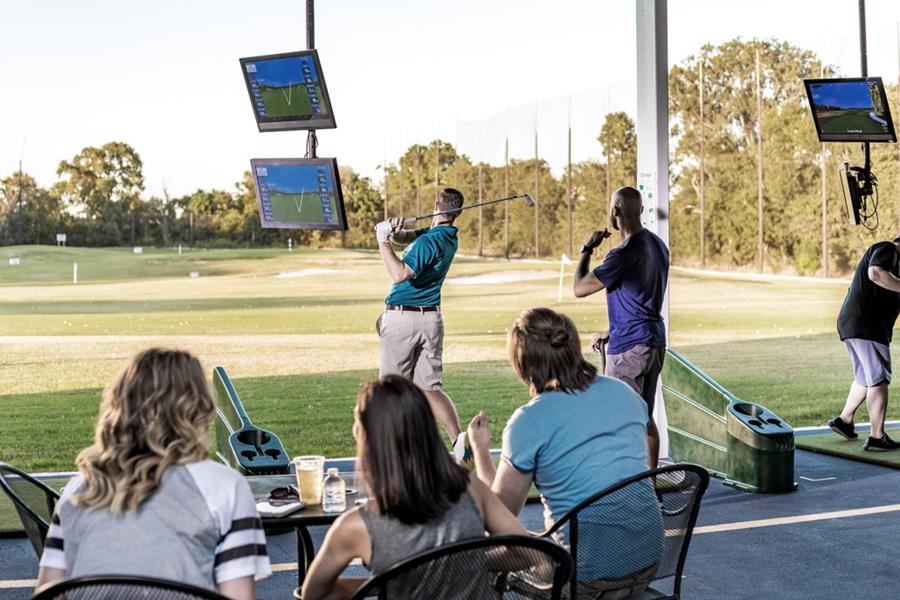 2-4 player best ball competition, four weeks of regular play then playoffs weeks five & six (all teams make playoffs). Rosters can include up to six names, only the players on the team’s roster may compete. Every week your team plays six holes which will take 1 hour to complete. Tee times will be 5pm 6:15pm and 7:30pm with four spaces available. When you sign up for the league you must pick a tee time to compete at each week. The grand prize is $100 range keys for all members of the team and Toptracer gear.

*Please provide your team roster in the additional notes section when checking out.

Skip the hassle of calling. Save time by booking online! 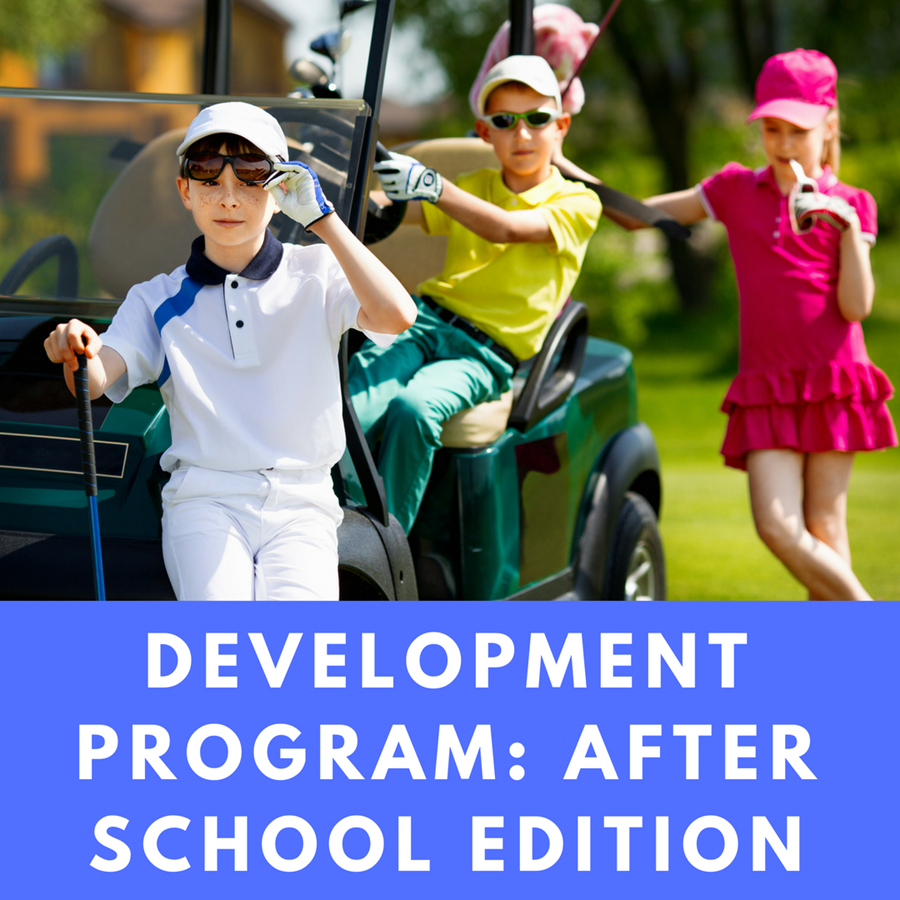 The program will run for 9 weeks breaking for the holiday season, every Tuesday we will work on different skills ranging from swing mechanics, chipping techniques, reading greens, even on course instruction. Juniors enrolled are entitled to half price range use.

We all have one thing in common… We LOVE golf!

In honor of National Golf Day on Wednesday, April 25th, McInnis Park Golf will be giving away free tune up lessons to those looking to get their game in shape! Our certified professional instructors will be on hand at the driving range from Noon-4pm. There will also be fitting carts with the latest golf equipment that customers can try out. So come celebrate the sport we all know and love here at McInnis Park Golf Center!

Come check out the latest equipment!

A month ago, Bubba Watson was viewed as a player headed to pasture, his career lost in the wilderness. Now, with the Masters just a week away, Bubba’s one of the favorites to bring home the green jacket.

Proving his win at Riviera was no aberration, Watson upset Justin Thomas in the WGC-Match Play semi-finals on Sunday before quickly dismissing Kevin Kisner in the championship to capture his second title of the season.

“It’s one of those things, I got off to a hot start and I’m just focused on golf,” Watson said after his victory. “So focused on committing to the shots, there was about four or five shots throughout the week where I wasn’t committed, where I kind of blanked out, and so, that’s pretty good over a 100-and-something holes, however many holes we played.”

Although his triumph at the Genesis Open was unexpected, it wasn’t a shock, as Watson had won the event twice. The same could not be said for this tournament, as match play had historically given Bubba fits. Not that one could tell from his work at Austin Country Club. Following a 2-0-1 pool-play record, Watson eliminated Brian Harman 2 up and Kiradech Aphibarnrat 5 & 3 on Saturday before knocking out Thomas 3 & 2 and Kisner 7 & 6.

It was further testament that Watson has shaken the troubles that dropped him from No. 4 in the world to 117th in an 18-month span, and that, as he nears his 40th birthday, the sun is far from setting on his career.

Remember when Ian Poulter thought he lost his tour status last year, only to find out through the detective work of Brian Gay that he actually had done enough to earn his card? This is just like that, only the exact opposite.

Following a Saturday morning victory in the Match Play’s Sweet 16, the 41-year-old Englishman was told by officials and media that he had done enough to jump into the world’s top 50, thus earning an invite to the Masters. One slight problem: before his afternoon match against Kevin Kisner, Poulter was told he, in fact, had not yet breached the top 50. With this information in hand, Poulter lost to Kisner 8 and 6, and was not particularly pleased after his loss.

Can sympathize with the man. I won the 2016 Masters lottery, only to find out that A) Because I changed addresses, my winning bid was no longer accepted and B) I would not be covering the event in person. I’m sure this knowledge will go ways in alleviating his pain.

Luckily for Poulter, an Augusta invite is still up for grabs, as a strong performance at this week’s Houston Open can move him into the top 50.

Crowd etiquette, or the lack thereof, was a subject mostly canvassed at the Phoenix Open and Ryder Cup. Through a third of the 2018 season, it’s now become a weekly theme.

Joining the choir of Justin Thomas, Rory McIlroy and Rickie Fowler, James Hahn took to Twitter following his Friday loss to Jason Dufner to lament the actions of a fan in the gallery:

“Fought hard today after a bad start. Two down, 4 to go, guy yells purposely on my back swing,” Hahn wrote. “Whether we like it or not, this is where the game is going. My fault for not expecting the worst from fans. Just sucks to lose a match that way.”

Hahn later deleted the Tweet, saying that many were misinterpreting his statement. “I respect and love all golf fans but I can expect bad behavior from them,” Hahn said. “And I’m not blaming the fan for losing the match. Just disappointed I lost the deciding hole in that fashion.”

Interestingly enough, commissioner Jay Monahan said earlier in the week that players need to adjust to this new behavior.

“I believe that there was more that went into it that preceded and in a situation like that we’re hopeful our players will reach out to our security staff and they can handle that,” Monahan said. “But yelling, ‘get in the bunker,’ that’s part of what our players have to accept. In any sport, you go to an away game, in any other sport, and people aren’t rooting for you. Sometimes out here you’re going to have fans that aren’t rooting for you, but they can’t interfere with what you’re trying to do competitively.”

In short, don’t expect this issue to disappear anytime soon.

Brice Garnett went wire-to-wire to win the Corales Puntacana Resort & Club Championship in the Dominican Republic, the tour’s alternate event to the WGC-Match Play, for his first career victory. Garnett, who finished first on last year’s Web.com Tour regular-season money list, turned in a two-under 70 in brutal conditions to win the inaugural tournament by four shots.

“It was a hard day, but man it was a lot of fun to do this,” said Garnett. “I was just excited for the day. I knew it was going to be tough.”

Since the tournament was played opposite the Match Play, Garnett’s victory does not earn him a spot into the Masters in two weeks. But it does get him into the Sentry Tournament of Champions next January and secures his tour card through 2020, as well as earning him spots in the Players Championship and the PGA Championship.

While Garnett won in the Dominican, Tony Romo stole the tournament spotlight, as the quarterback-turned-commentator was in the field via sponsor’s exemption. Similar to Steph Curry’s participation in a Web.com Tour event last summer, the invite drew its share of skepticism. Unlike Curry, Romo’s play did not silence the criticism.

The former Cowboys star actually enjoyed an auspicious start, playing his first 12 holes in even par. The final 24, however, were not as prosperous, as Romo went 15 over in this stretch to finish last.

“Short-sided a few times, made too many mistakes,” Romo said. “So a lot of stuff to learn from, and in a good way. I’ll be able to kind of assess why I didn’t play as well as I wanted to and then you go attack it. In a month from now I think we’ll see things a little better.”

Romo missed the cut by 16 shots and was six behind the next closest competitor. Romo won’t be the only celebrity to participate in a professional event this season, as musician Jake Owen is expected to play in the Web.com Tour’s Nashville Open in June.

[ Special Only Valid between 11am and 1pm only all three days ]

Must show us a copy of this special.

This year St. Patrick’s Day is on a Saturday! Get your clubs ready and try your luck! Will the luck of the Irish help you? 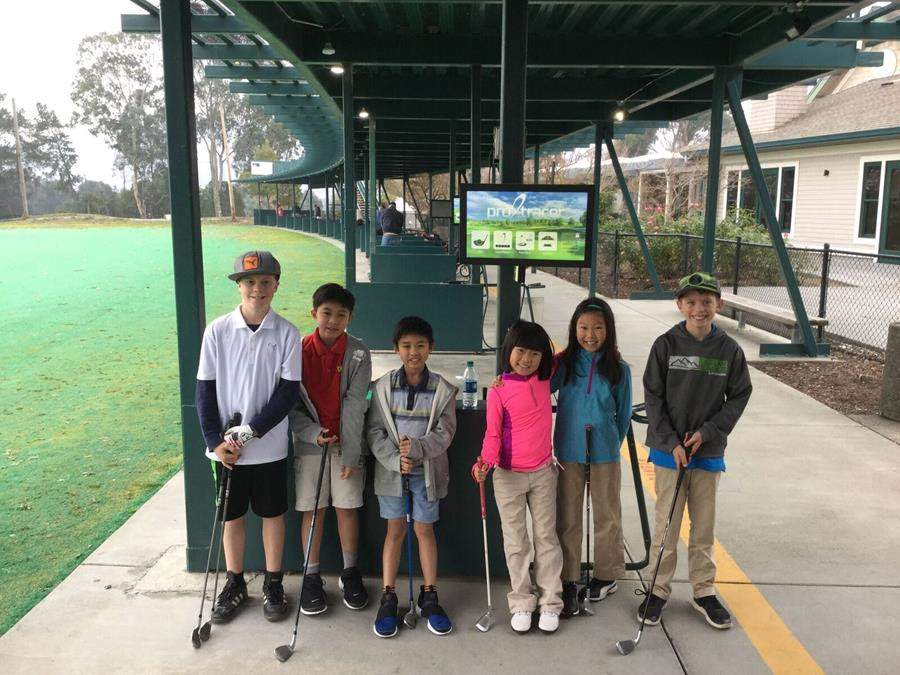 Don’t plan on heading to the snow? Looking for something fun for the kids to do during ski week? Well then, send them to Ski Week Golf Camp at McInnis Park!

We have several different activities and games for juniors to play throughout the camp. We will utilize our covered range with TopTracer monitors and indoor SNAG equipment specially designed to teach golf fundamentals in a fun and easy way.

Juniors have fun while honing their skills with a 5:1 instructor ratio to ensure everyone learns at their own pace. Food provided each day from our club restaurant run by Executive Chef, Chris Harman. Camps held rain or shine!

Please Note: Golf Camp and Golf School will be held every week of the Summer